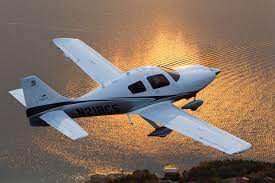 Frank married Linda Lou Barren on November 24, 1969 and began their married life in Upstate New York. He obtained an accounting degree with honors and served in the Army National Guard.  Following his career in accounting, Frank, Linda, and children pursued a new life in North Carolina where he became a General Home Contractor and Realtor for many years.  You would always find Frank’s beloved dog, Billy, at the construction site or in the back of his pick-up truck.  Frank was also a member of the North Carolina Realtor Association.  In his later years, he transitioned his career from home building to Frank Moore Home Inspection business of Wake Forest.

Frank had a passion for flying and obtained his private pilot’s license.  He had a hangar for many years at the Triangle North Executive Airport located in Franklin County, NC and often attended the annual fly-ins located in Oshkosh, WI.  He was a member of the Model Airplane Club and the Lions Club of Wake Forest.  Frank was active in his local church and had a heart for mission work and homeless ministry.  He used his skills as a pilot to deliver supplies and donations to Bahamas Habitat.

Frank was predeceased in death by his first wife, Linda Lou Barren Moore who passed on February 17th, 2013 and his older brother, Alonzo Madison Moore III, who passed on July 31st, 2021.

A graveside service will be held at the Oakwood Historical Cemetery in Raleigh on Monday, September 13, 2021 at 11 AM with Pastor Michael Bacon officiating. Frank had a heart for homeless ministry; therefore, memorial contributions may be made to the Raleigh Rescue Mission in his memory: 314 E. Hargett Street Raleigh, NC 27601 or www.raleighrescue.org.