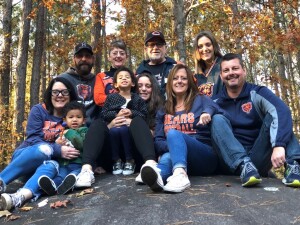 Russell John Piet of Youngsville, NC (formerly Chicago) went to be with the Lord on January 21, 2023 at 74 years of age.

Russ was born in Chicago, IL in 1948 to Walter and Helen Piet. He grew up in Bridgeport, a neighborhood of Chicago and met his childhood sweetheart, Jayne Burns, while bringing milk into her kindergarten class at St. Bridget’s Parish. On February 13, 1971, they were married.

As a kid he loved to play baseball, 16-inch softball, hang out with his cousins, and go to White Sox games with his dad. He was in a bowling league and tended bar at High Spirits, his brother’s tavern. Russ was a prankster, life of the party, just one of a kind. He consistently played fun pranks on neighbors and family. Anyone who met him, loved him.

Russ graduated from De La Salle High School and then worked for IBM for 37 years in many roles: Inventory Control, High School Internship Program Administrator, Facilities, Annual Conference Coordinator and Senior Business Analyst. After retirement from IBM, he was a Consultant for Lenovo for 5 years.

He was an avid sports fan and loved cheering for Da Bears, White Sox, Blackhawks, Bulls and anyone who played the Cubs and Packers. He started a family football pool in the 70’s that is still going strong. Russ loved basking in the sun, working outside and Sunday dinners with extended family. His favorite holidays were Thanksgiving and 4th of July. He engrained family morals and values of faith, love and truth to his children.  Russ was welcoming to all and generous beyond measure. He would clean out his closet and physically take his clothes and coats to homeless people in his surrounding area. He was always putting money in the poor box, bringing food to church and donating to many charities. Russ was an animal lover and no dog he owned, would compare to his best friend, Foster.

Russ was a cancer survivor from 1980 and he fought Alzheimer’s in recent years.

A mass of Christian burial will be held at 11 o’clock Friday morning, January 27, 2023 at the St. Catherine of Siena Catholic Church in Wake Forest. Inurnment will be in the church Memorial Garden.

He is preceded in death by his parents, Walter and Helen Piet, brother Ken Piet (Shirley) and Son-in-law Jason Quinn.

In lieu of flowers, please consider donating to one of the many charities he contributed to: